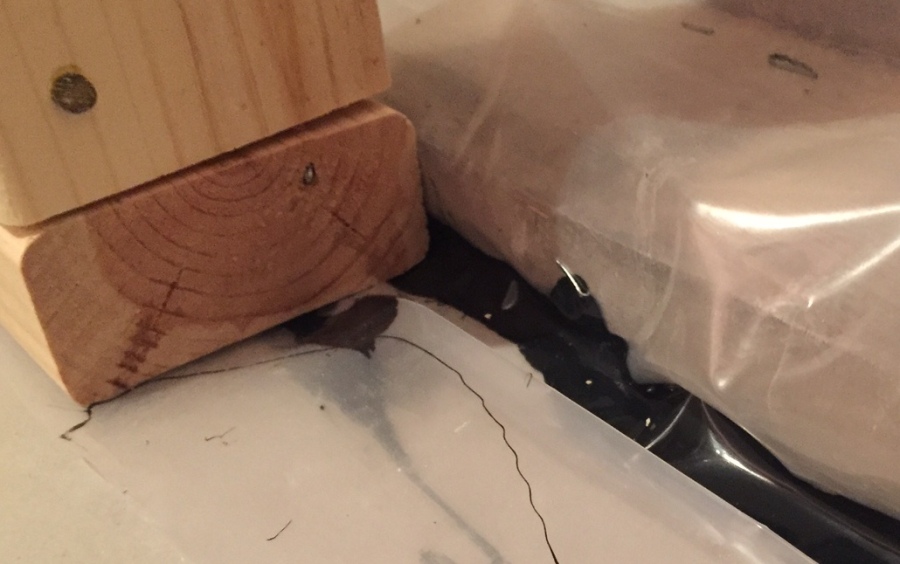 To be honest, it didn’t even occur to me that I would need to somehow “seal” the vapor barrier to the concrete floor. I 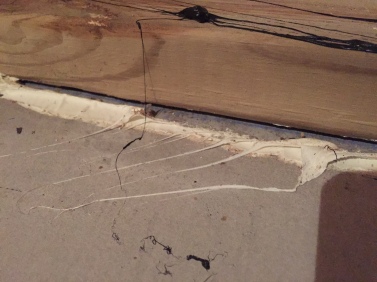 knew that I would need to caulk around the floors to stop airflow (for temperature control), but I hadn’t really thought about moisture working its way through those same cracks. At least not until I started poki
ng around at the existing vapor barrier around the basement walls. I noticed that the barrier was caulked to the floor and when I poked at the caulk, it was still sticky! Sticky 16 years after being built! Now, if you know anything about caulk, you know it tends to get dry and hard over the years and eventually needs to be pulled out and replaced. I can see how that could be a problem for a permanent vapor barrier that needs to maintain airtight integrity like… forever.  So what was this stuff?

Well, after some extensive digging, I learned that most contractors seem to use “Acoustical Sound Sealant” to caulk vapor barriers. As the name implies, it’s commonly used for soundproofing projects. But the key here is that the stuff is airtight (won’t let moist air in) and it basically stays sticky forever (no drying out and cracking and creating gaps for moisture.)

The only place around me that carries the stuff is Menards.  It’s about $6 for a giant tube. That’s pretty cheap, but keep in mind that you need to buy an oversized caulk gun to use it, so add another $15 or so.

I tend to be a bit overcautious, so I doubled up when I applied the stuff, using two parallel 1/2 beads of caulk on the concrete and then laying the poly over it. This stuff is STICKY, so be careful where you’re putting it… once it’s down it’s down. It seems to stick to just about anything. I played with concrete, wood, metal, plastic and it stuck to everything. It’s not an adhesive like Liquid Nails, so it’s not going to hold things together. It’s more of a permanently goopy mess that you can squish between two other things to create a nice permanent vapor seal.

I’ve only done one of the two new walls so far, so I can’t say exactly how far this tube will go, but it’s looking like one of these big tubes would be more than enough for the vapor barrier around any average size cellar. 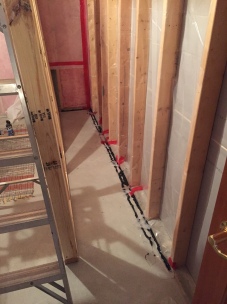 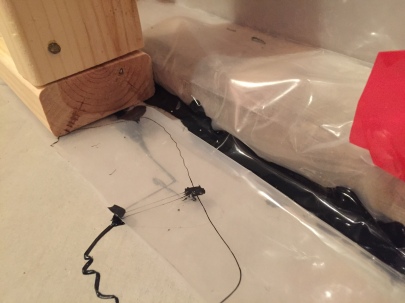 Click here to see all of the Cellar Build posts.

2 thoughts on “Caulking the Vapor Barrier”